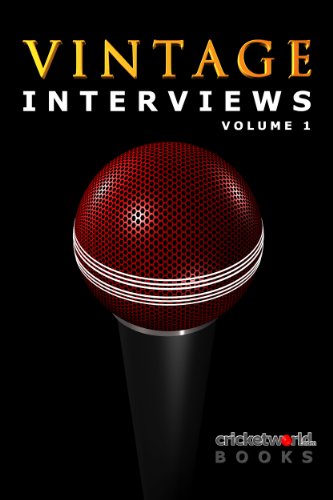 The interviews in this e-book are our favourites from a number we conducted in 2010 and 2011. These were busy times for the game and inside you will read about some scarily accurate Ashes predictions, some intriguing insights into life as a county cricketer and a whole lot more. We hope you enjoy reading our back catalogue as much as we have enjoyed compiling it.

Over the years, Cricket World has evolved dramatically. From a newspaper dedicated to club cricket, in 1987 we launched the magazine which included features, interviews from the grass roots to the top levels of the game. In 1996, we were one of the first to launch a website and several redesigns and a few personnel changes later, we are still going strong. Maintaining a focus on grass roots and club cricket, international news and opinion feature prominently.

This is the first in a series of Cricket World books, showcasing the best Cricket World content including interviews, opinions and special features on major series and tournaments.