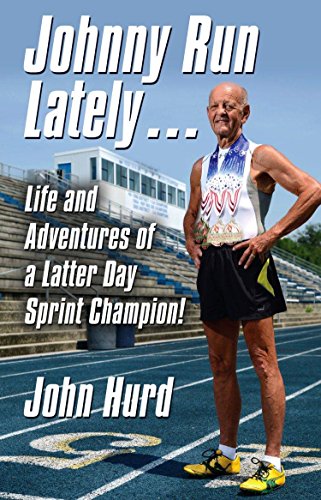 This is the true story of John Hurd, who was born in a tarpaper shack, the son of a sharecropper in Tennessee. He was the fourth of five children who lost their father in a highway incident when the youngest was barely two months old. With the help of relatives, the family held together until all had finished school and the two youngest obtained college degrees.

The story follows John through his service in the US Navy during the Korean War, his college experiences, and into the corporate world with the IBM Corporation. He even has a chapter devoted to his 15 years with the punch card voting system. So if you think you know what was really going in south Florida with the presidential election in 2000, you may want to read about some truths you probably did not know.

Having been much too small to compete in team sports in school, John took up sprinting in the National Senior Games (aka The Senior Olympics), at the age of 61. His dream was to get in shape, improve his overall health and fitness, and perhaps one day win a medal at the state level.

The story chronicles every event and the physical challenges encountered, with his devoted wife, Sandy, encouraging him all the way, even during the times when he did not especially want to be encouraged.

At the age of 81 John had won 60 gold medals in six different states, been inducted into the Memphis Amateur Sports Hall of Fame, been named Amateur Athlete of the Year by the Pensacola (FL) Sports Association, and in 2013 won four out of four gold medals at the National Senior Games Championships.

At the insistence of family and friends John authored this, his first book, in hopes that others might be encouraged to get off the couch and find the time to dust off a dream or two that they may have put aside.