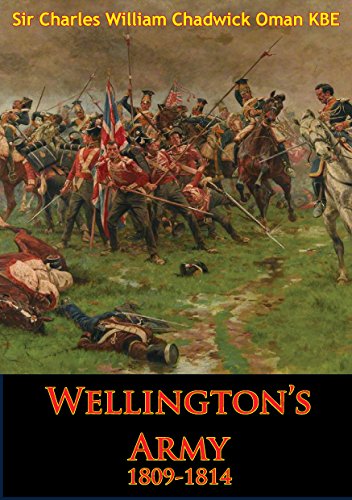 Includes over 100 maps of the actions, engagements and battles of the entire Peninsular War.

Whilst writing his magisterial The History of The Peninsular War, Sir Charles Oman gathered material that was to become Wellington’s Army. Into Wellington’s Army he gathered, as he says in his Preface, “much miscellaneous information which does not bear upon the actual chronicle of events in the various campaigns that lie between 1808 and 1814, but yet possesses high interest in itself, and throws many a side-light on the general course of the war ... these notes relate either to the personal characteristics of that famous old army of Wellington, which, as he himself said, ‘could go anywhere and do anything,’ or to its inner mechanism — the details of its management. I purport to speak in these pages of the leaders and the led; of the daily life, manners, and customs of the Peninsular Army, as much as of its composition and its organization. I shall be dealing with the rank and file no less than with the officers, and must even find space for a few pages on that curious and polyglot horde of camp followers which trailed at the heels of the army, and frequently raised problems which worried not only colonels and adjutants, but even the Great Duke himself.”